Creativity and technology continue to merge as non-fungible tokens (NFTs) have erupted on the internet to allow artists to publish their unique artwork through the blockchain.  One such artist, who goes by the moniker UltraJoeComic, has seemingly found his niche in releasing a unique trading card series called the “CryptoStrips Collection.” 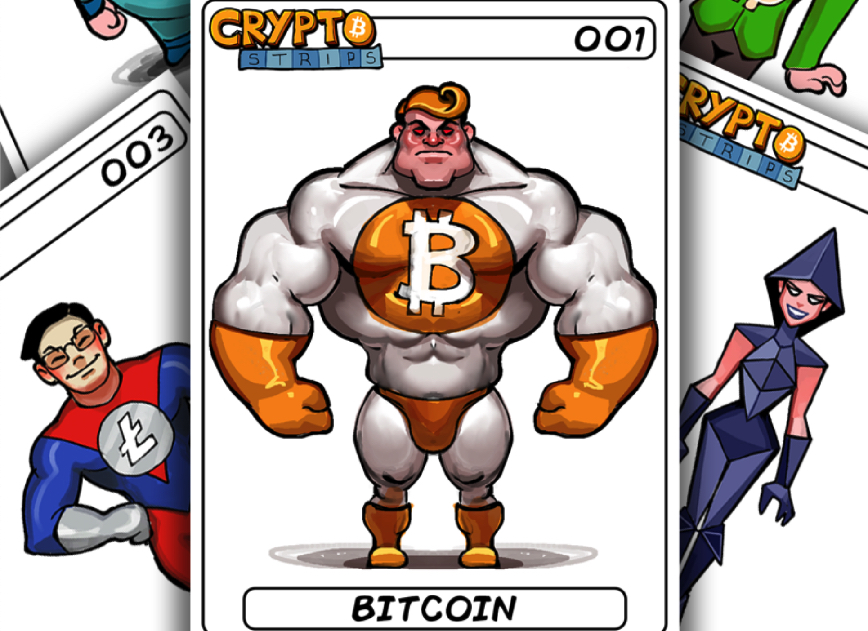 Joe is a veteran graphic artist with two decades of experience in the games industry.  He’s known for some of his work with well-known YouTubers such as Keemstar, Colossal is Crazy, Nerd City, Billy the Fridge, Chica, and others.  And while his main focus has been on drawing caricatures of social media influencers, he has always had an interest in both comic books and trading cards.

“I created these first batch of CryptoStrips characters back in 2018 and I was planning to release comic strips, but I gave up too quickly because I wasn’t feeling comfortable with the transition,” Joe tells NFTsDaily.com. “Nowadays there’s wide acceptance and understanding of cryptocurrencies to the point that everybody can understand a joke about Bitcoin or Ethereum.”

Joe also always loved the Garbage Pail Kids, so it was only natural for him to combine his love for comics with a trading card series surrounding the cryptocurrency space.  The CryptoStrip collection features multiple different trading cards (with many more coming soon), and a mint of just 25 cards per character.

“I previously minted some ‘one of a kind’ cards on Rarible and I like the idea of owning a unique piece but I wanted to do something different this time, something that can be collected from more than one person but something that is scarce enough to retain value over time — that’s when this project fit the bill for me,” he tells us.  “I think 25 of each is a good number, enough room for trading for a small group of collectors.” 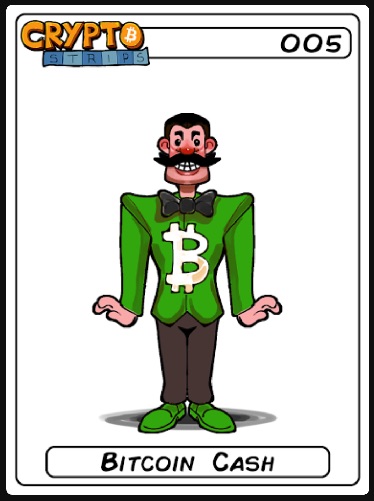 The cards have a very clean look to them, focusing only on the character and his/her traits.  “I did not overthink the design, say Joe.  “I just draw what I was already visualizing in my mind.  This is just the beginning since I can see many more crypto characters on the horizon.”