Although these cute little bears are pretty stylish, the NFT and physical print sold for a Whopping $64,980.03. Fnnch Donated 20% of the proceeds to COVID-19 aid.

fnnch explained, “I think without question we’re in an NFT bubble.  I think about it as I thought about the internet in 1999; you have something completely revolutionary, but also it’s a bubble, and those aren’t mutually exclusive”. 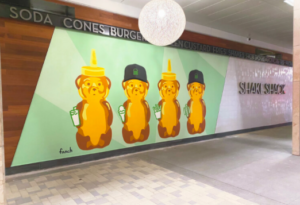 Fnnch understands the NFT and Crypto world and has said that he jumped into the rabbit hole in about 2018 when he heard about Etheruem. He had to check it out. Fnnch doesn’t issue a certificate for his work as he sees it as a joke, but with NTF, it is an asset that carries a digital deed for the artwork and can be subjugated because it is stationed on the blockchain; there is a limit. The artist can receive better royalties as were years ago; the artist would not get the royalties as should because of the hand-to-hand selling with no notable link to where it originated.

The next NFT from fnnch was a Clubhouse-inspired creation.

A pair of matzo NFTs, titled Night of 1,000 Jewish Stars in celebration of Passover on March 28, fnnch has collaborated with Buzzfeed’s Tasty. 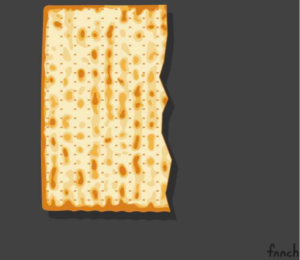 One of the NFTs was auctioned off for charity, and the second was hidden in a Clubhouse room, an inspired idea of the Passover tradition of the hiding of the afikomen. This event also had appearances by actors like Jeff Garlin, Mayim Bialik, Jimmie Fails, Michael Rapaport, and a performance by the Israel Philharmonic Orchestra.

NFTs have placed a new level on how art is delivered to their enthusiast, allowing a new era of how the art of all forms will be bought and sold; NFT pieces are selling at prices out of this world, but can you put a low price tag on the creativity of artist work?