At first sight, they are astonishing beautifully designed artistic cats.  It seems that simple on the surface, but when you meet the cofounders of EtherCats, you realize that it all goes so much deeper than that.

Nadia Khuzina and Woody Deck are the husband and wife co-founders of the NFT creation that has garnered hundreds of sales through their website and NFT marketplace OpenSea.

Flamboyant Fanny has the longest name of any EtherCat, and also the highest frame count (70). pic.twitter.com/gVTNyXlpy0

EtherCats are, as Khuzina and Deck explain, an NFT collecting game on the Ethereum blockchain. The cats come in packs of 5 from the “founders series,” and each cat has a random rating and multiplier to go along with it. There are 2,500 cats which were obtainable through the 500 packs, plus several bonus cats also made available on OpenSea.

Each EtherCats card is a masterpiece in and of itself, but the story behind the creation is one of much intrigue and interest.   Nadia Khuzina is a Russian artist who has been semi-exiled.  She’s been a naturalized American since 2014, and is known for her art work depicting North Korean leader Kim Jong Un.

Her life in the US has faced a good deal of turmoil from being “blackballed” from US publications based on her political views, to facing relentless racism and sexism.

“It is for these reasons I struggled to express myself too publicly,” Khuzina tells NFTsDaily.com.  “I fear being labeled a ‘thirst trap’, like CryptoFinally, if I show myself too much, or alienating men if I sound too smart. It’s very tough when you are sensitive and art minded. I avoid people mostly. I am not very well spoken.”

Her experiences have helped form her character, and she has since stepped away from the political scene to get away from all of the stress.

“Cats make me happy,” says Khuzina.  “I switched off social media on January 6th of this year and just focused on what made me happy.  I am much happier. I feel vindicated with the success of EtherCats. We are inclusive. We are the world. Everyone is welcome to get away from the polarized echo chambers and smile. The only political views we have are that cats are the same lovable fluff balls everywhere you go, and maybe to free Ross Ulbricht.”

Khuzina and Deck were some of the original pioneers within the NFT space and they believe that they were actually the first to develop a crypto art platform, even before the term NFT existed.

“When I heard about smart contracts around 2015 I lost my mind how it was going to change the world,” Deck tells NFTsDaily.com.  “I saw immediately application in art. Everything I do is with Nadia. There has not been a day in 11 years we have been apart. I have always believed since childhood that video games are fine art and wondered how to monetize GIFs.  NFTs are totally my jam. I want our children to inherit them.” 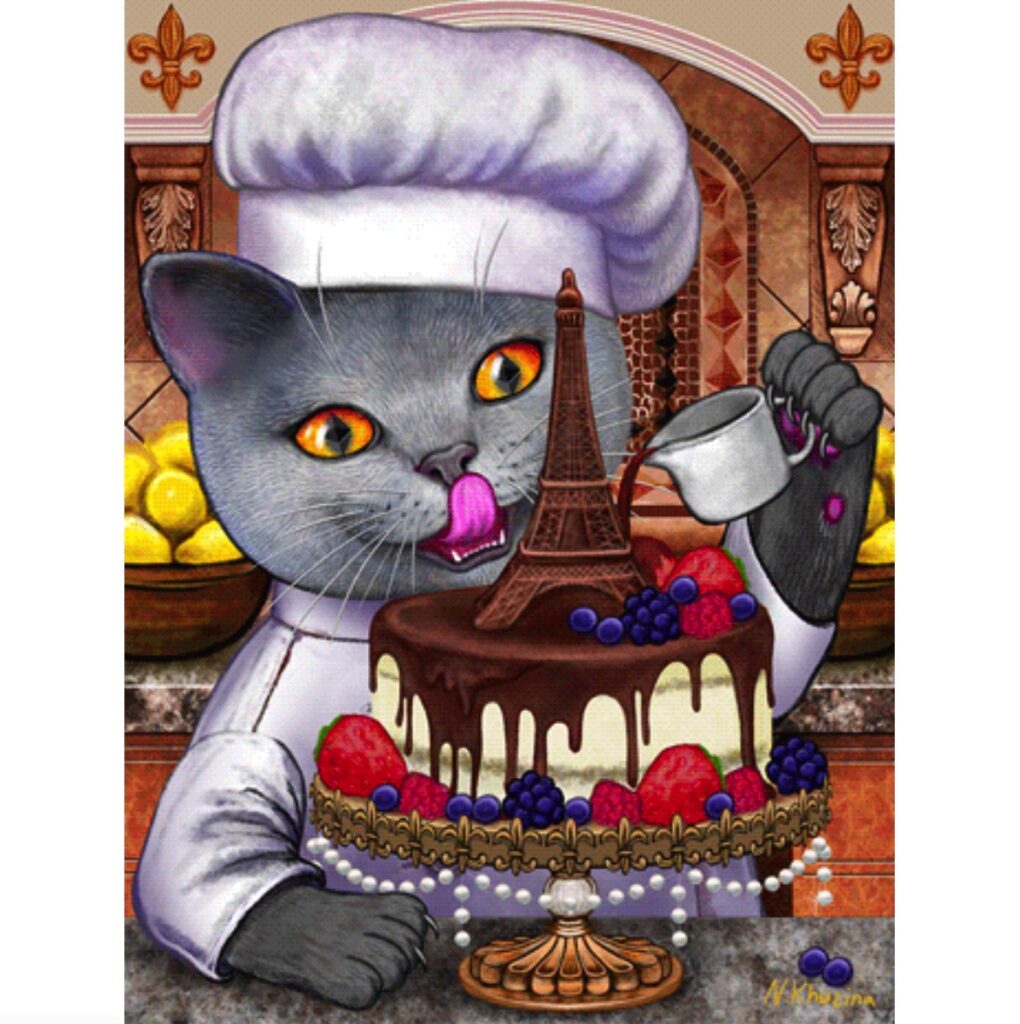 Nadia and Woody call EtherCats “a world citizen mom and pop startup project.”  They have collaborated with people in many countries, including the Bahamas and Armenia. The art is all done by Nadia, with the  development side being handled by ex-poker and Magic the Gathering people.

The EtherCats.io packs have sold out completely but everything is now available on the secondary marketplace OpenSea.  Woody and Nadia are currently working on building a game with a team of designers, so the EtherCats are not the last we will see of this talented couple.