Who needs a physical action figure when you can have a 3-dimensional, animated digital figurine with a non-fungible token (NFT) to ensure its authenticity, right?

While some collectors still elect to hoard physical collectibles, more and more are now preferring to collect digital NFTs.  For Argentinian-born designer Martin Bekerman, who currently works as a brand designer lead at Netflix, this is a niche that piqued his interest, so much so that he decided to create the Savage Dogs collection. 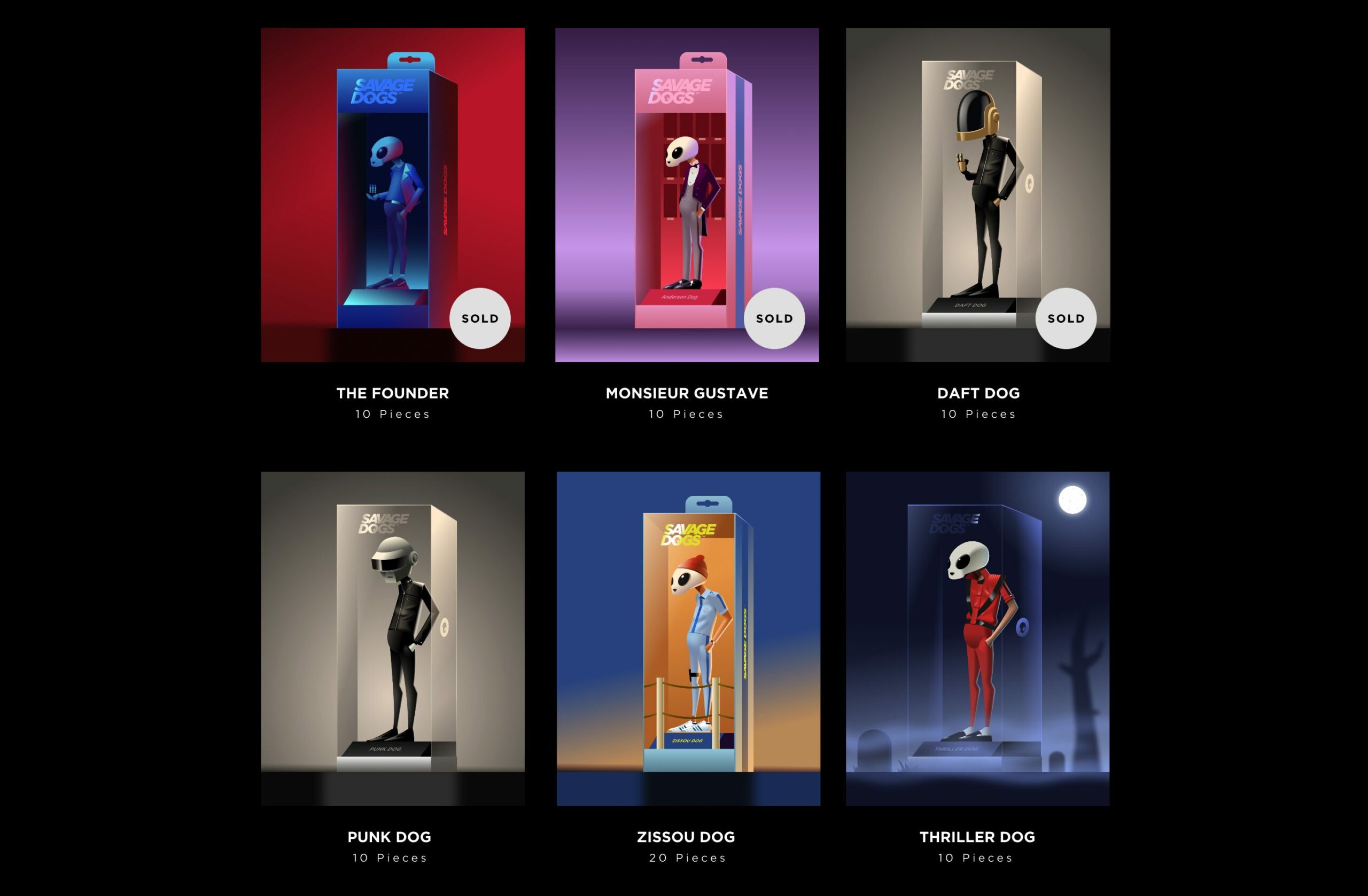 Fantasy meets a futuristic world, inspired by culture and Bekerman’s creativity, to erect 3D digital NFT figurines that will leave any collector in awe.

“I’ve been obsessed with the idea of creating a brand of collectibles for years, but it always felt hard to accomplish,” Bekerman tells NFTsDaily.com.  “The logistics, packaging, 3D printing… just felt too much while having a full time job.  When I first wrapped my head around the idea of NFTs I instantly saw the opportunity to create my brand in the digital space.”

Bekerman has been in the creative world for 13 years—a career that ranges from product designer to advertising and everything in between. He says he now focuses most of his attention on branding.

“I’ve been very lucky and had the chance to work for the biggest companies in the world and I have plans to apply my understanding of healthy brands to this project,” Bekerman tells us.

The Savage Dogs creation began with a boxed figure that he says leverages cultural events and people, and has grown into a unique series that features limited editions of 20, 10, 5 and 1 piece, making them an ideal NFT for collectors.

“I have bigger plans for it. I’m still developing the roadmap that includes a new line called Savage Dogs Origins that is based on a unique fantasy universe,” Bekerman explained. “I’ve sold a lot of them already! I couldn’t be more happy with the reception and support from the community.”

NFTs have been extremely interesting to Bekerman, who says that the concept itself represents the future.  He believes that decentralized tokens and contracts will soon govern our lives.

“For now, my main objective is to get as many people as possible to know the Savage Dogs brand,” he says. “I don’t really mind not selling, or selling cheap as long as it helps me build a strong foundation. I want to provide real value to those who decided to support this project early on. My northstar is to create a valuable company that will increase the value of each collectible at least 10x in the next months.”

Bekerman appears to be well on his way to doing just that.  His collection is currently available on Rarible.