Ever since Ahmed Mehmedovic arrived in America at the age of three, he has been known to push everyone and everything to the limit. The results of his destructive inclinations are now for sale as NFTs. Mehmedovic’s Glitchglyphs are among the latest editions to the blockchain in a burgeoning crypto art market. 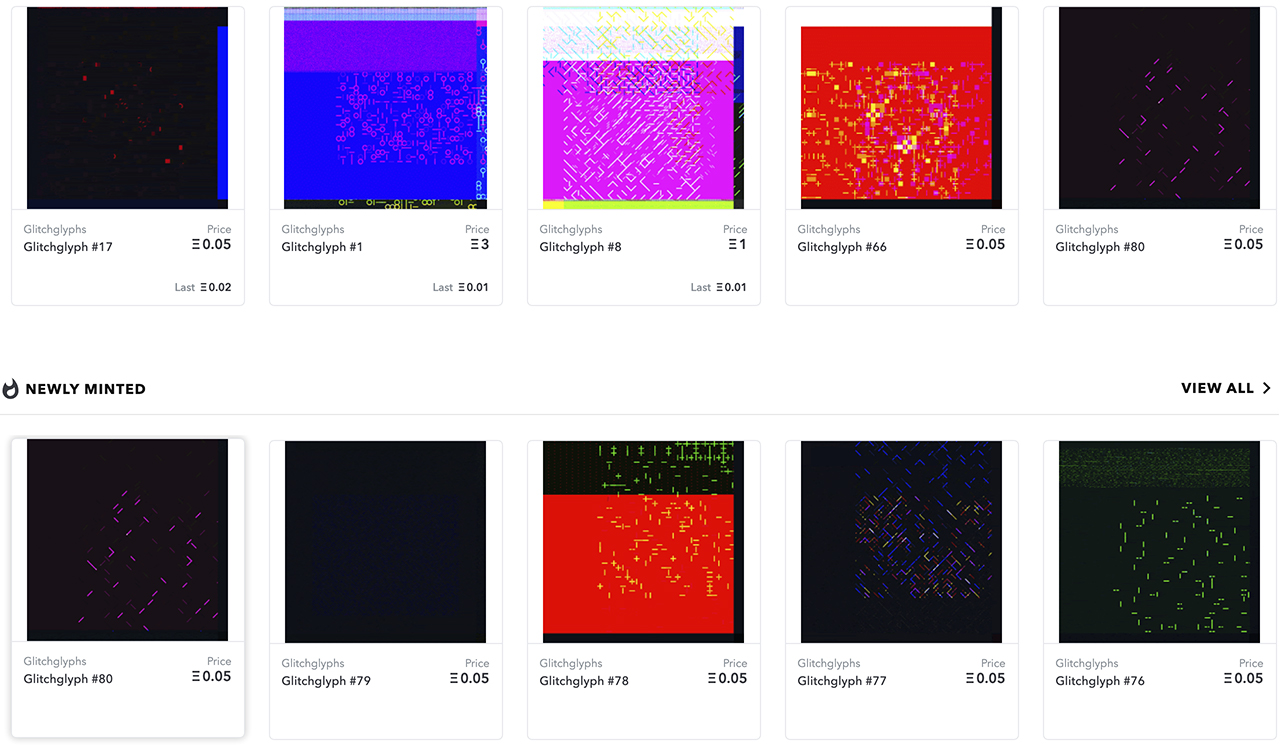 “My whole life, I was told, ‘This is fragile. Don’t break it,'” Mehmedovic recalls.

He used to play catch with porcelain dinner plates in the kitchen with his brother in the middle of the night. The excitement and fear that a plate might crash into pieces and wake his parents was an adrenalin rush. By eight years old, Mehmedovic convinced his parents he was ready to own his first computer. He quickly learned to customize it, and by 14, he had successfully built a computer of his own. Mehmedovic launched a small business running Minecraft servers, and has been obsessed with computer hardware ever since.

“Owning that server gave me the opportunity to purchase and handle my own parts.”

Mehmedovic soon realized that computer hardware wasn’t as fragile as his parents raised him to believe. He became fascinated with machine performance and stress testing. His newfound kink for hurting computer parts was born, and it started with the very eMachine he was deathly afraid of breaking. Recently, an unexpected software effect led to an aesthetic breakthrough. A program was “warming up” in the background when a photo Mehmedovic was editing started to “glitch” uncontrollably. Mesmerized by what he saw, he began to stress test the process; abusing his hardware repeatedly for the sake of innovation. Before his discovery, Mehmedovic was convinced all his creativity had been sucked out of him over the years working in the financial industry. He was surprised to find that people took a liking to his incidental artwork.

“I feel like I’m reborn again creatively,” Mehmedovic said. “I’ve been making art my whole life, but once I started getting into the NFT space, I started taking this really seriously, and digging really deep.”
Mehmedovic’s methods are unconventional, and his techniques are downright destructive. To induce glitching, he provokes his computer with a counterintuitive technique that overworks his graphics card to the point of overheating. Each incidentally-occurring glitch is real and natural; a result of ‘overclocking’ his tortured graphics card. While other glitch artists create their artwork with available software, each individual frame in every Glitchglyph is its own unique glitch, which is a distinguishing feature of Mehmedovic’s work.
“These collectibles represent my process,” Mehmedovic explained, which is more important to him than their selling price.
Mehmedovic intends to cap the price of each Glitchglyph at about .05 ETH each. “I’m not after the money this project will potentially make,” he emphasized. “I know they’re going to sell, so I’m going to make things I really like. I don’t care if it takes forever to sell.”
Seven glitches are looped together to form each Glitchglyph, which is a glitched version of an Autoglyph, an extension of LarvaLabs Autoglyphs project. Autoglyphs are the first “on-chain” generative art on the Ethereum blockchain from the creators of CryptoPunks. Mehmedovic plans to glitch all 512 Autoglyphs 8 times, and mint each result. At the very end of his project, Mehmedovic intends to burn out the graphics card he used to make all 512 Glitchglyphs, create a piece of wall art with it, and place it on auction.
“I had an idea of cooking an egg on my graphics card by getting it hot enough,” Mehmedovic joked.

We discussed the similarities in our artistic process, being that I’ve advanced my ability to closely predict convolutional outcomes using AI machine learning neural networks. Mehmedovic has dramatically shortened his own learning curve, and may now manipulate a desired outcome by closely predicting what each glitch may look like to some degree. However, many aspects remain unpredictable, and that’s the beauty of art.