Art and protests go together like ham and cheese.  Throughout history, artists have used their creativity to protest everything from social injustice to government action and inaction.  Whether it be Picasso’s Guernica in 1937 or modern-day murals of George Floyd, artists across the globe have purveyed their messages through art since the beginning  of humanity.

Vladimir Vdovin is a Russian artist who has done work on the game World of Tanks as well as other AAA gaming projects.  He has turned to the NFT space to release some of his own protest art.  In his latest creation, entitled ‘USSR Space Helmet,’ he has allowed his incredible digital creation act as a form of protest against Roscosmos—Russia’s version of NASA. 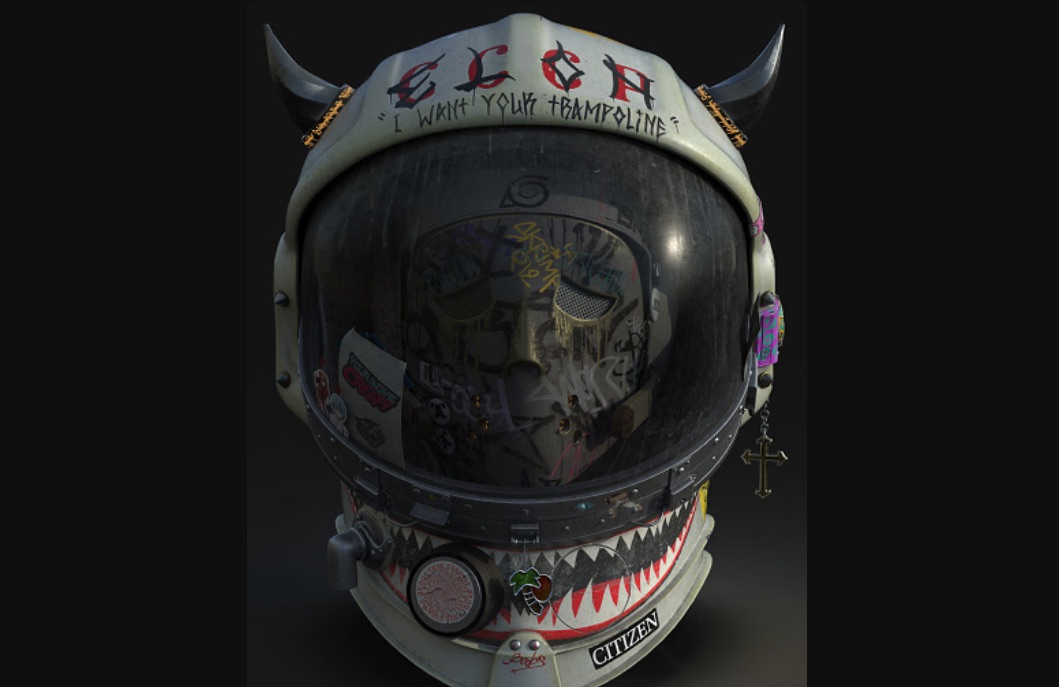 Vdovin was angry about comments that the Russian space agency chief Dmitry Rogozin once made about the lack of a U.S. manned flight program.  In 2014 Rogozin said that the U.S. might as well “deliver its astronauts to the ISS by using a trampoline”.

It was only 6 years after these comments were made, that Elon Musk and NASA sent astronauts into orbit, and Musk ended up having the last laugh.  Back in May, Musk, at a press conference, shot back as Rogozin, saying “The trampoline is working!”

“I was making a helmet design for a game in virtual reality at about the same time that Musk launched a rocket to the International Space Station,” Vdovin tells NFTsDaily.com. “I, as an artist, wanted to speak out.”

Speak out he did, in the form of an incredible digital NFT masterpiece. Vdovin doesn’t like the fact that the Russian space program has been relatively stagnant since the days of the USSR, and believes wholeheartedly in Elon Musk’s work.

The USSR Space Helmet includes many really incredible ‘Easter eggs,’ which are unlocked with the purchase of his creation on Rarible.

“I really love the culture of references and Easter eggs, so in this work you can enjoy a lot opening them,” Vdovin says. ”

Vdovin has other works planned as well, which he will bring onto the blockchain through NFTs. He’s also a collector who says he will definitely be collecting works of other novice artists within the NFT space in the future.